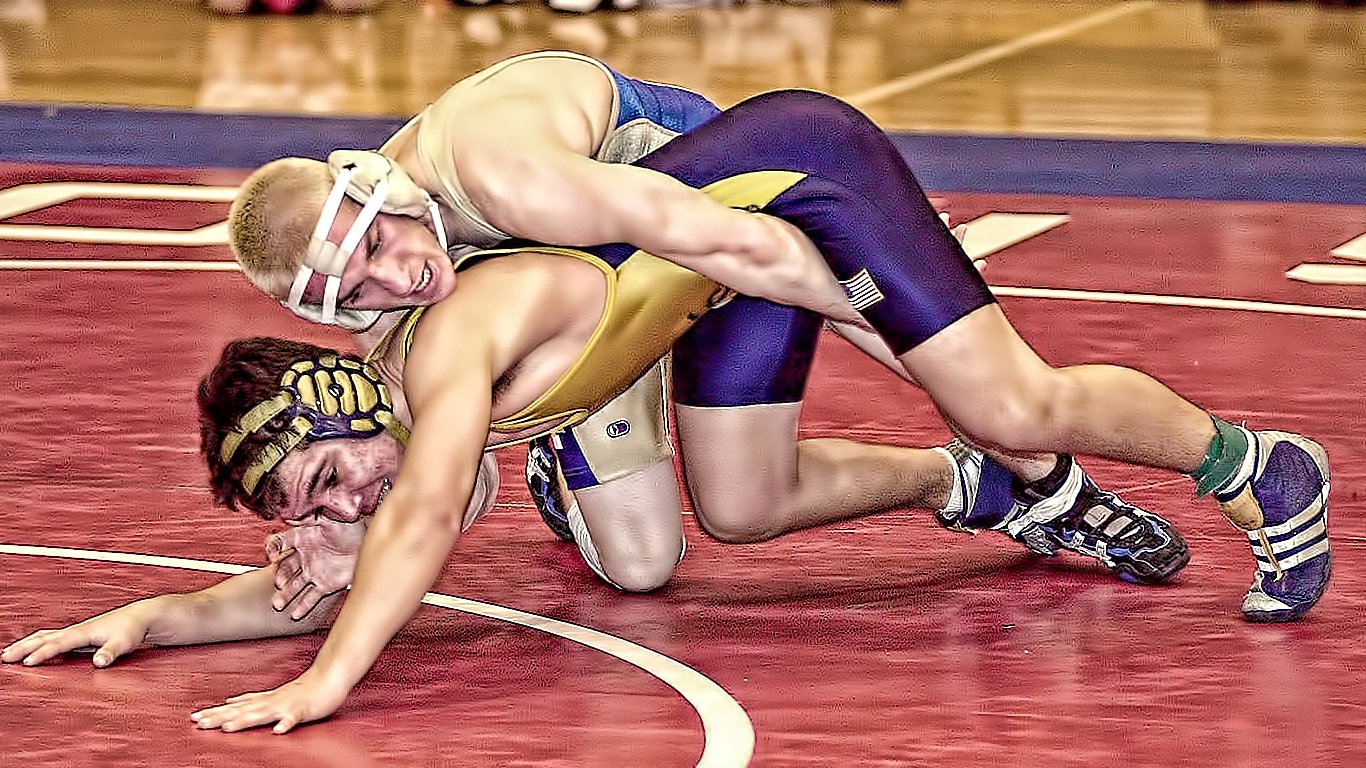 McEachern turned to its past to help improve its future, hiring former wrestler Cory Newsome to take the Indians? helm.

Newsome, who recently completed his fourth season as the coach at nearby Harrison, is taking over for Ben Hamburg, who stepped down after seven seasons to devote more time to family.

?Ben Hamburg and I are great friends. He?s a close friend of mine,? Newsome said. ?I kind of knew he was resigning, but I never thought, ?Hey, I might take that job.??

Newsome had every reason to consider the position.

A 2003 McEachern graduate, Newsome won three Class AAAAA state championships, four region crowns and four Cobb County Invitational titles for the Indians. He joined Harrison?s staff as an assistant in 2008 before taking the top job in 2013.

?Cory was an outstanding student-athlete at McEachern, and when we have alumni in the teaching and coaching profession, we like to reach out and see if they want to come back home,? Dorsey said. ?He?s a perfect fit, and the timing was right.

?He brings a connection to our tradition and the run (former coach Gordon Pritz) had. He?ll work hard to get our numbers back up in our youth program, and that?s key. He has an understanding of that and a plan to get that accomplished. He?s one of us, and we?re excited to have him.?

Newsome said he found out Hamburg resigned roughly a month ago.

?When coach Dorsey called me, it was very flattering when somebody calls you and is interested in you,? Newsome said. ?That made me want to think about it and pursue it, knowing that somebody wants you.?

Newsome had his first state-placer at Harrison, Jordan Krueger, this past season. He guided six wrestlers to area championships during his time with the Hoyas.

?At first, my thought was I?m happy at Harrison, I love my team, my kids and my parents, but I didn?t want to tell (Dorsey) no,? Newsome said. ?I said, ?Let me think about it.? I prayed about it and talked to my wife about it, and the more I thought about it, I felt like this would be a good move.

?It?s my old school and kind of a dream job for me. I grew up wrestling in that program since I was 7 years old. I used to live up in McEachern every day I was there, so, the more I thought about it, I realized this was an opportunity I couldn?t pass up. It took about a week to think about it, then I jumped on it.?

McEachern won 10 traditional state titles over 19 seasons dating from the early 1990s to the mid-2000s. It is a past slate of dominance the Indians would like to get back to.

?I?d love to see (McEachern) back to where we used to be one of the powerhouse programs in the state. Just bring that tradition back,? Newsome said. ?Growing up, McEachern was always known for wrestling. It?s hard now with all the schools opening up flooding out the student body, but I?m going to try my best to bring it back.

?I want them to understand the importance of the tradition at McEachern. I?m big on family and these guys becoming a family and growing together as a team doing stuff outside the wresting and in the community. Just build a family and succeed from there.?

Newsome will get started with his McEachern after the end of the school year.

?We?re going to start right away with summer workouts,? he said. ?I?ve already been over there a couple of times to meet with the guys and talk to them and get to know them, but, this summer, we?re going to kick it off and get them involved in stuff.?