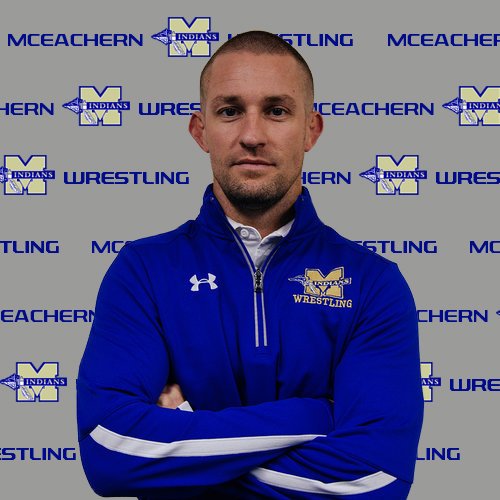 Coach Newsome is entering his 3rd year as the Head Coach for the McEachern Wrestling Program. In his 2nd season at McEachern, Coach Newsome led the Indians to a Region Dual Championship which was the school’s first in 8 years. Coach Newsome previously coached for 9 years at Harrison High school from 2009-2017, spending 5 years as an assistant coach and the last 4 years as the Head Coach. Newsome also spent 2 years as an assistant coach at Morgan County High School in 2007 and 2008.

Coach Newsome graduated from McEachern High School in 2003 where he was a three-sport athlete. As a wrestler, Newsome was a 3-time Georgia State Champion in 2000, 2001, and 2003. In 2002, Newsome finished 3rd. Newsome was a 4-time Region Champion and a 4-time Cobb County Champion. As a youth wrestler, Newsome was a 6-time Georgia Kids State Champion and was inducted into the Team Georgia Kids State Hall of Fame. In 2003, Newsome received the Dave Schultz Excellence Award for the state of Georgia where his plaque was placed in the National Wrestling Hall of Fame. Newsome was also inducted into the Cobb County Wrestling Hall of Fame in 2010. Newsome was also a 3 year varsity starter in baseball as well and was named All-County his junior and senior year. He continued his baseball career at Georgia Perimeter College where he started 2nd base his freshman and sophomore years before transferring to UGA. He was also a 3-time letter winner in Cross-Country.

Newsome graduated from the University of Georgia in 2008 with a bachelor’s degree in Physical Education. In May of 2017, Coach Newsome received his Master’s Degree in Health Studies from the University of Alabama. Coach Newsome and his wife, Brittany, have been married for 6 years and they have two girls, Sadie (5), and Charlie (3). Brittany Newsome was also a great athlete at Harrison High School where she was inducted into the Harrison High School Hall of Fame for Cross-Country.