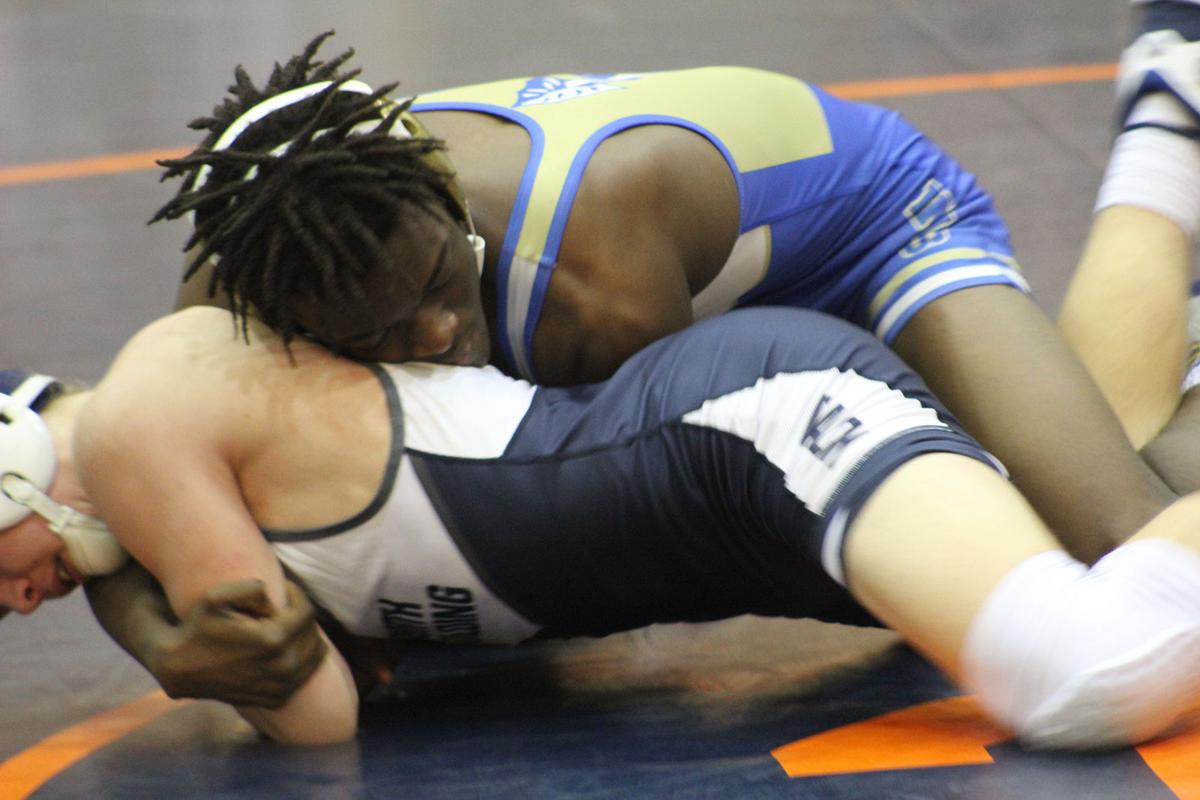 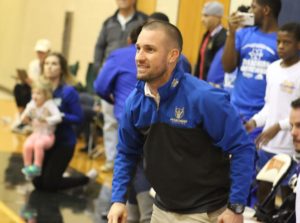 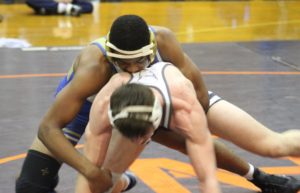 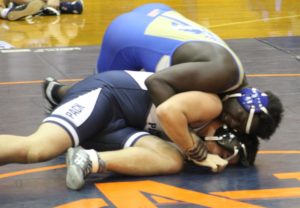 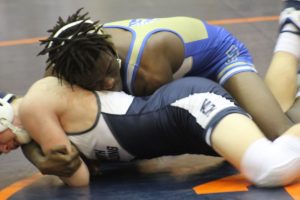 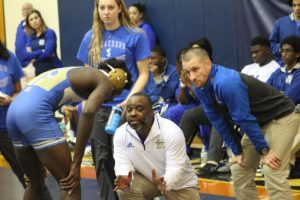 For the first time in eight years, the Indians won the region duals championship after winning a 36-28 thriller over North Paulding in Saturday?s Region 3AAAAAAA final at North Cobb.

Hillgrove then challenged North Paulding for true second after it beat Marietta in the consolation bracket, but the Hawks came up two points short in a 38-36 loss.

McEachern and North Paulding will represent region at next weekend?s state duals in Macon. The Indians will be going for their first state duals title since 2007.

?It was a total team effort,? said Newsome, who won three individual state titles, four region titles and four county titles in his time at McEachern. ?Every single guy stepped in somehow (Saturday) and won the match for us. It was not just one person. It was everybody ? coaching staff, everybody.?

It was a team effort indeed, starting with Tre?Vonte Burrell-Jones, who needed a double-overtime victory at 170 pounds to put McEachern on the board. The Indians did not clinch it until the final match, when Johmanuel Arnold claimed a 10-1 major decision at 160.

The first half of the match was dominated by McEachern?s upper weights. Camrin Mitchell (195) and Greg Leatherwood (220) got quick pins, while Levi Snyder (182) won a major decision.

Though Kris Wilson (106) won by a major decision to give McEachern a 26-0 lead, the Indians knew their lead was not as secure as it looked.

The pins started coming for North Paulding as it relied on its lower weight wrestlers. A pin by Willie Allen (126) cut the lead to 26-12, and back-to-back pins by Zac Lester (138) and Micah Ostrink (145) made it too close for comfort, with McEachern clinging to a 32-24 lead.

McEachern?s Kristian Chemwor was a winner in the lower weights, pinning North Paulding?s Hunter Butterworth at 132.

?I knew before their match that that was the home-run part of their lineup,? Newsome said. ?I knew that, if we could weather the storm and get through there without getting pinned in some of those matches, we were still going to be on top.?

Although Darius Smith lost a major decision at 152, not allowing himself to be pinned made it that harder for North Paulding to complete the comeback in the final match at 160.

With Arnold facing Brandon Burk to decide the match, he managed to roll up the points via takedowns and technical violations to keep the Wolfpack at bay.

?I was listening to my senior teammate (Burrell-Jones), and he told me to go out there and win for my team,? Arnold said. ?I wanted to go to state as a first-place (team), not second-place. In my mind, I was like, ?I have to come out aggressive and not let him get points on me.??

Hillgrove came close to making the journey with McEachern to Macon.

Peyton Morgan (182), Grant Suttle (195) and Chase Keller (220) helped the Hawks jump on North Paulding early before the Wolfpack got help from their lower weights.

With three matches to go, Ethan Willis got a pin to put Hillgrove up by one, but North Paulding?s Aaron Allen (145) answered with a first-period pin before Burk secured it with a technical fall.