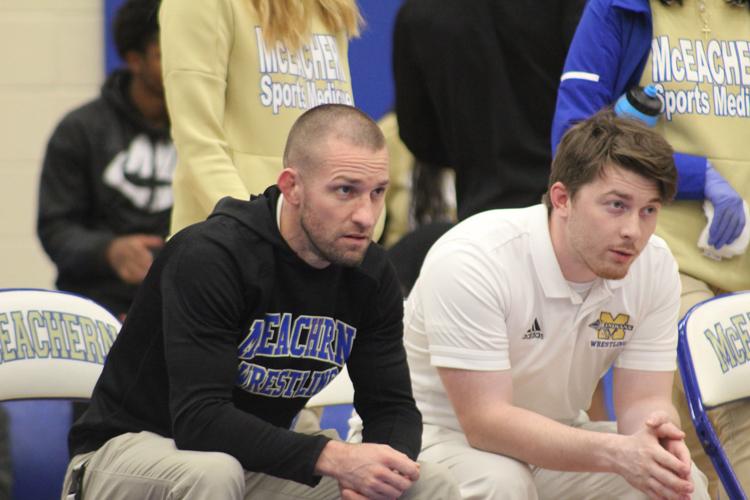 McEachern is extra determined to win as it hosts the Region 3AAAAAAA traditional tournament Saturday.

Last year, the Indians came up short after winning the dual tournament three weeks earlier. It was Marietta that stepped up to take the traditional title.

To have a chance at success, the Indians need to qualify as many wrestlers as possible to next week?s sectional at Perry.

?The kids have been motivated all year long every time we wrestle,? McEachern coach Cory Newsome said. ?I think knowing that we didn?t win traditional last year after winning duals definitely has motivated them a little more, but they are excited. They love to compete. They love big tournaments like this.?

McEachern will continue to rely on its heavier weights behind Levi Snyder (182 pounds), Camrin Mitchell (195) and Ese Dubre (220), all of whom had success at the region duals.

McEachern though is aware that Marietta is hungry to defend its championship, and Hillgrove could also be another potential threat.

?This tournament is all about getting as many guys through to the sectional tournament as we can,? Newsome said. ?In turn, that will help the team be successful.?

In Region 4AAAAAAA, Lassiter has proved to be a stronger traditional team, though it finished second to Cherokee in the region duals. The Trojans, who will be wrestling at Roswell on Saturday, have been beset with injuries, with RJ Weston out with a broken foot, but they should get help from the likes of David Panone (132) and Landon Chambers (145).

?We?re a little injured right now, but I think we have a shot at doing really well. We score a lot of bonus points,? Lassiter coach Matt Brickley said. ?Our goal is to not win a region tournament. It?s to get as many as we can to the sectional tournament. If we can do that, we can win a region championship.?

Pope is not only heavily favored to win the Region 7AAAAAA tournament at Cambridge, but it is a serious contender to win Class AAAAAA traditional title after winning the dual tournament two weeks ago.

The Greyhounds appear stronger than they were a year ago, when they finished second in the state duals. Aiden Karpowski (106) is having a banner season, along with Dylan Moss (195) and Andrew Barner (170).

Harrison, Allatoona, South Cobb, Sprayberry and Osborne will have a tough challenge against Creekview and Sequoyah in the Region 6AAAAAA tournament at Creekview.