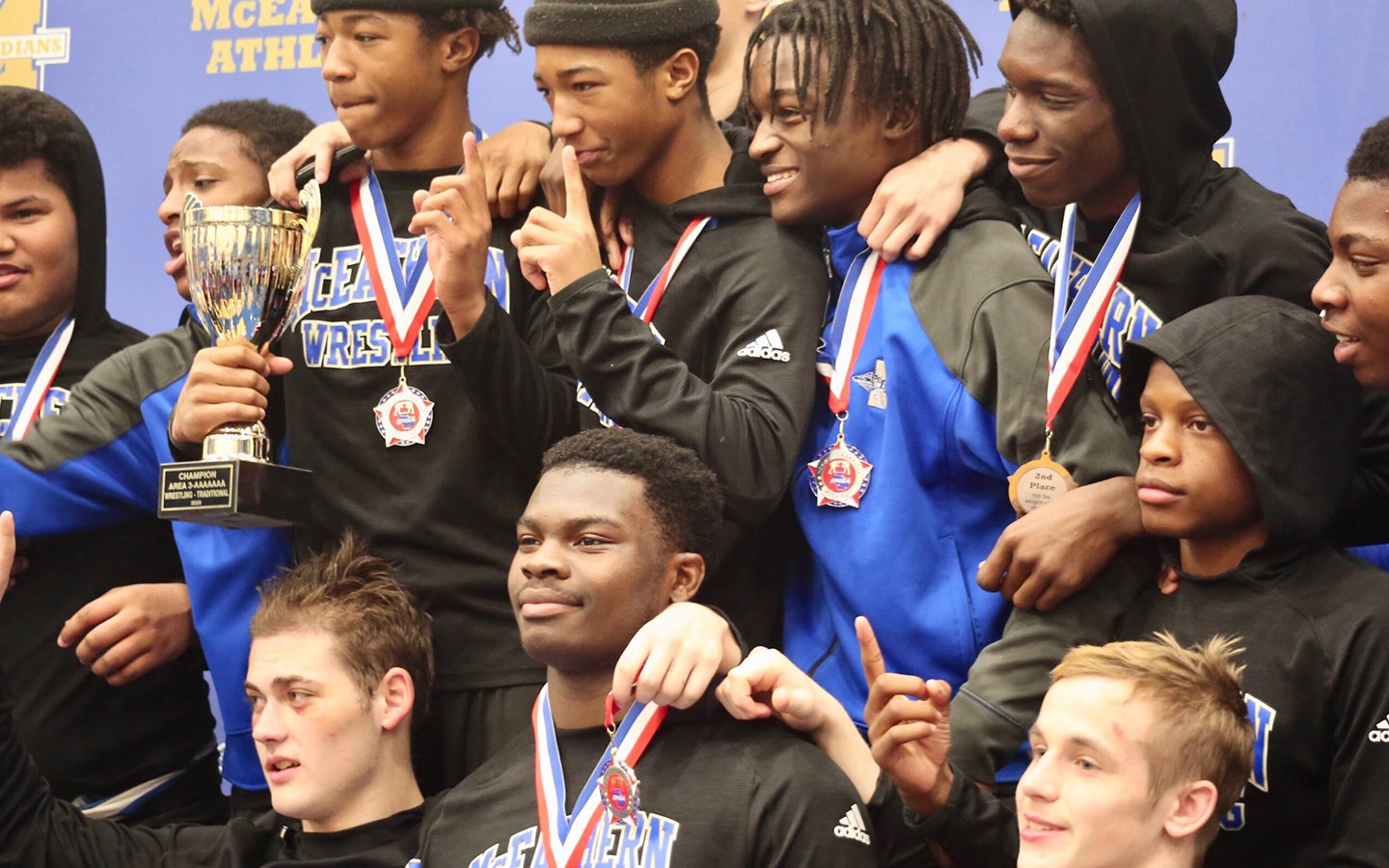 Cobb County School District was well-represented in the Region 3-AAAAAAA Individual Wrestling Championships held at McEachern High School on Saturday, February 1, 2020. Those finishing in the top four of their weight-class get to move on. The district will be sending 35 wrestlers from the region to sectionals on Saturday, Feb. 8 in Perry, GA.

McEachern was the clear overall winner on the day, having 10 wrestlers competing in the 14 matches in the final round. The Indians took five first place medals, five second place, and one fourth. Kennesaw Mountain finished fourth overall, sending eight wrestlers on with two first place medals, one second, three thirds, and two fourths. Hillgrove came in fifth overall, missing a tie for fourth by a mere half of a point. The Hawks received two firsts, two seconds, and three fourth-place medals. North Cobb finished six overall, and is sending the second highest number of wrestlers after McEachern to Perry. The Warriors earned one second, four thirds, and four fourth-place medals.